Col. Howard L. Rogers, was a former Chief of the Evanston, Illinois Police Dept and retired Executive Officer, Assistant Chief of the Cincinnati Police Dept. He showed courage & ingenuity in his primary focus of Community-Oriented partnerships responding through communication-based solutions in his legacy of three decades of superior policing.

Pictured: Appearing on "Christopher Close-up," a renowed spiritual TV news program, where he was speaking to his development of the nationally replicated Police & Clergy Team he spearheaded in support of domestic intervention for community and police families.

"Rog" Retired in 1981 to become Police Chief in Evanston, Illinois, USA~In his career.... "He helped to protect John F. Kennedy in his two visits to OHIO, USA during his campaign and his presidency. He served the city of Cincinnati during many of its most tense moments, such as the riots of the late 1960s and was dubbed a "cool cop" by the local press for his role in defusing a domestic hostage situation without violence in the late 1970s. During the 1970s, Mr. Rogers received the Brotherhood Award from the National Conference of Christians and Jews, now called: the National Conference for Community and Justice. In 1985 he incorporated Rogers, Rogers & Associates, a consulting firm that served nationwide in police and justice executive projects. Col. H.L. Rogers graduated magna cum laude from the University of Cincinnati, where he went on to study in the doctoral program at the College of Education. He also held a business degree from Salmon P. Chase College and in police administration from Northwestern University, Evanston, Illinois, USA"(1) - the same city he later also protected as chief of police. His personal hobby - and at which he was a great talent - was that of Jitterbug and Bop Dancing .... in which he was still pursuing with glee into his 70's.

*Notes: Only 17 of the 25 signers of the Magna Charta of 1215 had identified decendants.

Excerpt: Baronial Order of the Magna Charta .... www.MagnaCharta.com: The Baronial Order of Magna Charta [BOMC] was founded in 1898 under the name of The Baronial Order of Runnemede during the flowering of scholarly and popular interest in the history and development of the Anglo-Saxon peoples which characterized the later decades of Queen Victoria's reign. The Magna Charta resulted from the peace made between King John of England and about sixty of his rebelling barons in 1215. After preliminary negotiations with the barons through the Archbishop of Canterbury, Stephen Langton, as go-between, the King and his party met the barons on 15 June in a meadow known as Runnemede next to the Thames River. After several days of face-off discussions on the 19th the document language was agreed upon and the barons elected 25 of their number to be "Sureties", holding title to a few of the King's properties, including the Tower of London, to guarantee the King's compliance with the laws and liberties of the Magna Charta. Thus began the long legal process of putting limits on kingly (and hence, by later extension, governmental) authority and of granting explicit rights to the ruled. From the time of its issue, the Magna Charta became a symbol of freedom to the barons and people alike, and kings during succeeding centuries were expected to affirm it. 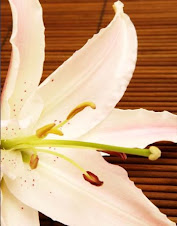 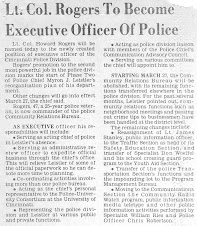 Garden of the 23rd Psalm